Kentucky State Police shut down US 119 South this morning (Thursday) after a pursuit ended with a Whitesburg Police officer being struck by the pursued vehicle, and the driver of the vehicle being shot. The pursuit began before 1:30 a.m. at Baxter just outside Harlan when KSP Trooper Matthew Barger answered a harassment complaint and attempted to stop the vehicle […] 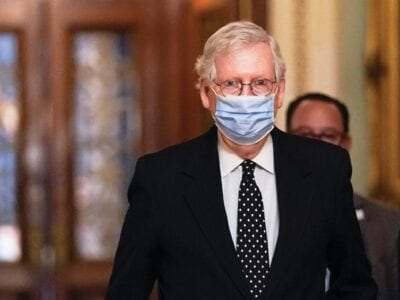 Senate Republican leader Mitch McConnell on Tuesday explicitly blamed President Donald Trump for the deadly riot at the Capitol, saying the mob was “fed lies” and that the president and others “provoked” those intent on overturning Democrat Joe Biden’s election. Ahead of Trump’s historic second impeachment trial, McConnell’s remarks were his most severe and public rebuke of the outgoing president. […]

While Kentucky ramps up its vaccination effort, demand continues to outpace supply, Gov. Andy Beshear warned Tuesday. “The supply that we’re going to get next week is already 30,000 doses underneath our ability of what we can put in someone’s arm in just a seven-day span,” he said. As of Jan. 19, Kentucky has administered roughly 82% of doses designated […]

Kentucky State Police charged two men after a pursuit along KY 160 that ended when the fleeing vehicle’s engine quit. According to Kentucky State Police, Trooper Jason Bates received a call that Billy R. Adams, 30, of Jeremiah, had attempted to break into a building on Isom Drive in Isom, then gotten into the passenger side of a pickup truck […] 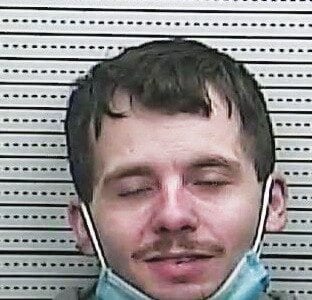 A Linefork man who had been sought on a charge of murder in connection with the disappearance another man in Cumberland has been arrested for murder and is being held in lieu of a $100,000 full cash bond. Derrick Logan Polly is in the Harlan County Detention Center after being arrested January 13 at Linefork. Polly, 30, of Cornetts Branch […]

It’s one step forward and one step back financially for Letcher County. The Letcher County Fiscal Court was being able to save a significant amount of money by refinancing loans for the recreation center and the courthouse, but found itself in the position of having to spend $300,000 to replace the heating and cooling tower for the courthouse. At the […] 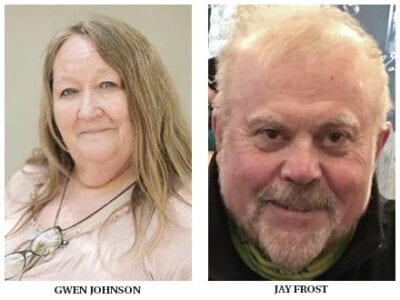 Two voices, two viewpoints on COVID-19 vaccination from Hands Across the Hills: Jay Frost, recently of Leverett Mass., and Gwen Johnson from eastern Kentucky coal country. Hands Across the Hills formed in Leverett after the 2016 election and bridged with Letcher County to foster understanding between communities that differed widely in politics and attitudes. Three long weekend visits to each […]

Any Kentucky consumer who doesn’t already know a Girl Scout of Kentucky’s Wilderness Road can purchase Girl Scout Cookies online for shipment to their door. Beginning February 1, customers can enter their zip code into the Girl Scout Cookie Finder to find a local troop to purchase from through the Digital Cookie platform for direct shipment or donation to local […]

U.S. Senate Majority Leader Mitch McConnell (R-KY) delivered the following remarks last week regarding the Electoral College challenge in Congress: “We are debating a step that has never been taken in American history: Whether Congress should overrule voters and overturn a presidential election. “I have served 36 years in the Senate. This will be the most important vote I have […]

The Center for Rural Development is accepting applications for the 2021 Rogers Scholars, Rogers Explorers, and Entrepreneurial Leadership Institute summer youth programs. Applications for each of these programs are available at www.centeryouthprograms.com through the Google Classroom platform. The three different programs are targeted towards students in grades 8-11. Rogers Scholars, for current high school sophomores; Rogers Explorers, for current middle […]