As we near the one-month anniversary since Governor Andy Beshear declared a state of emergency to reduce the spread of the coronavirus, there are encouraging signs that the steps we’re taking are the right ones. We have been fortunate not to see an overwhelming number of cases like those in New York and Michigan, and we have also kept our […]

‘It’s unlike anything we have seen’

Early this week, when other House and Senate leaders and I sat down to work on a budget compromise, we all immediately agreed on one thing: This situation is unlike anything we have seen in our lifetimes. The uncertainty caused by the coronavirus and the potential impact of a federal relief package make predicting the next few months difficult, much […] 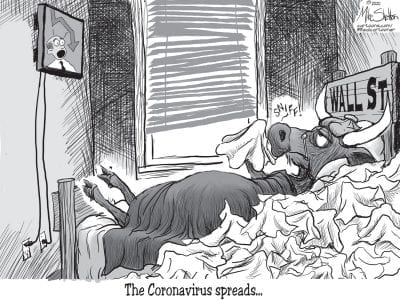 By BRANDON COX and MIKE WEAVER

The Kentucky House of Representatives is not interested in the public’s right to know, it seems. Rep. Steven Rudy (R-Paducah) announced in an Appropriations and Revenue committee meeting March 5 that the committee substitute on House Bill 351, the House revenue bill, includes language to allow all public agencies to publish their notices on a website instead of in the […]

Vote on spending plan is explained

For a dozen years now, ever since the start of the Great Recession, state government has had little choice but to find ways to do more with less. This year, however, it appears we have turned a corner. Both the governor and now the House have come up with budget proposals that, for the first time since 2006-08, don’t include […] 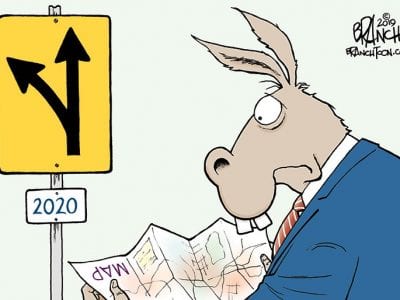 Let’s be cautious without panicking

As the threat of the novel coronavirus heightens, the question turns from if an outbreak will reach America to when, according to health officials. The CDC reports that the risk of getting coronavirus in the U.S. is low at this point. However, many people remain fearful and anxious about the possibility of an outbreak in the U.S., and rightfully so […]

Looking for hand sanitizer? Good luck with finding it

The hand sanitizers on Amazon were overpriced. A Walmart this weekend was completely sold out. Only on his third try was Ken Smith able to find the clear gel — at a Walgreens, where three bottles of Purell were left. He bought two. “I didn’t want to hoard,” says Smith, a retired biomedical technician in Wichita Falls, Texas. Fear of […]

Legislature’s focus has been on health

Like many areas of our country, one of Kentucky’s more persistent challenges is making sure we have access to quality and affordable healthcare. We’re fortunate in our region to have the dedicated doctors, nurses and medical staff we have, but they would be the first to say that it’s not always easy to keep the doors open because of matters […]

Mike Bloomberg was elected New York mayor two months after the outrage of Sept. 11, 2001. He took over a city reeling with grief and suffering economic losses tied to the terrorist attacks. Rather than lay off public workers who had performed gallantly in the crisis, he raised taxes on the well-to-do. The conservative media beat him up with their […]