Who starts for UK Saturday?

Who will Kentucky start at quarterback against Georgia Saturday? The Cats opened as a 13-point underdog against Georgia after losing 20-10 at Missouri last week when the offense had no consistent punch and ran just 36 plays compared to 92 for Missouri. Former all-SEC running back Anthony White says the offense has more problems than whether Terry Wilson remains the […]

Three seasons at once; still no luck

Fall turkey season, with a shotgun, opened October 24 and closes October 30. Those are the same dates for hunting black bear, with archery and crossbow. And of course deer season, with archery, is also in now. I went back in my mind to just a few years ago when I had this notion to hunt for all three the […]

It’s time to pull out the crankbaits

It is fall and time for bass fishing on most lakes. During this time of year bass will move toward main lake areas and cover. As the water levels fall and the lakes turn over, schools of baitfish will move from shallow backwater areas to along bank areas and in and around main lake cover like boat docks, steep and […] 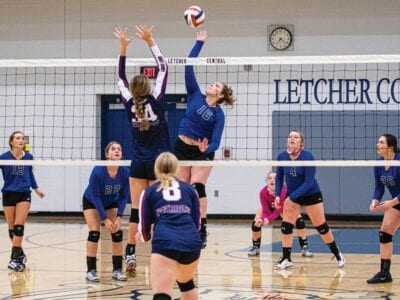 LCC girls advanced to second round of regional 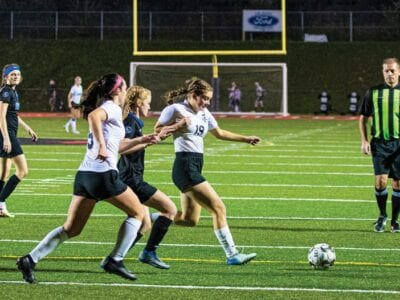 — Another fall staple in Letcher County is soccer. In this photo, Letcher Central’s Brooke Bates, left, and Princess Miranda, right, race for control of the ball in last week’s 2-1 loss to Estill County in the 14th Region Tournament. Bates scored the Lady Cougars’ only goal of the game. (Photo by Chris Anderson)