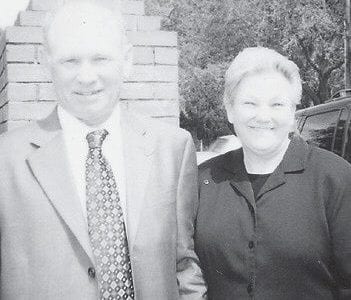 PEOPLE OF THE WEEK


North Carolina correspondent Gladys M. Smith selected (left) Mr. and Mrs. Johnston of the Apostolic Church in Sanford, N.C., and (right) the Men’s Ministry at the Trinity Tabernacle Church in Winnabow, N.C., for her people of the week.

About 70 descendants and friends of Hop and Minerva Gibson gathered at the Cowan Community Center June 28 for their annual reunion. Families came from Indiana, Ohio, Maryland, Missouri, Mississippi, and Tennessee as well as Lexington, Louisville, Flemingsburg, Sergent, Cumberland and Cowan in Kentucky. As always it was a wonderful time of enjoying and reconnecting. Our girls have become some […]


This guide is published by The Mountain Eagle as a public service to help keep readers informed about entertainment events within driving distance of Letcher County. All dates are subject to change. Always check with the venues listed before traveling long distances. ROCK, POP, BLUES RAP, CHRISTIAN JASON ISBELL; Thu., July 3 in Whitesburg at Summit City (214 Main St.). […]

RECAPS – 6/30-7/4 ALL MY CHILDREN – Jesse was sworn in as the Chief Of Police and put in charge of the search for Babe, who was held captive by Richie in the woods. After realizing that Richie brought Babe to a cabin, Kendall and Greenlee showed up and tied him to a chair, unaware that Annie was watching from […]

Are we having a storm here in Bolivia and Oak Island, N.C.? Yes, we are! We are thankful for the much needed rain and cooler days. The heat ranges in the high 90s and more – 90 to 105 degrees – but as they say on “Little House”, there’s some good with the bad. As for gardens, burned up in […]

I’m rapidly coming to the conclusion that, as far as home gardening goes, a drought is not all that bad. The fact of the matter is that, even in the driest years we’ve had in my lifetime, I’ve always been able to find plenty water in a nearby creek sufficient to keep my plantings healthy. It is, for sure, bothersome […] 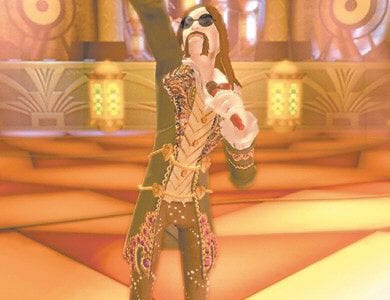 ‘Rock Band 2’ is coming this fall

LOS ANGELES “Rock Band” is ready for an encore. A sequel to the play-along music game that redefined the genre last year will be released first for the Xbox 360 in September, according to publisher MTV Games and developer Harmonix. “Rock Band 2” will feature a new variety of instruments, online modes and songs, and will allow players to import […]

How long can you drive after fuel light comes on?

Dear Tom and Ray: My husband freaks out if the gas light ever comes on (it only happens once in a blue moon). I tell him you can drive around 50 miles after the light comes on. He doesn’t believe me. Since we don’t want to actually test my theory and risk being stuck without gas, I thought I’d write […]