ARIES (March 21 to April 19) You might be busier than you had expected right now. But between the socializing rounds and the workplace tasks, there are opportunities for special moments with that certain someone. TAURUS (April 20 to May 20) Your creative approach leads to a quicker-than-expected solution to a workplace problem. Now you can devote more time to […] 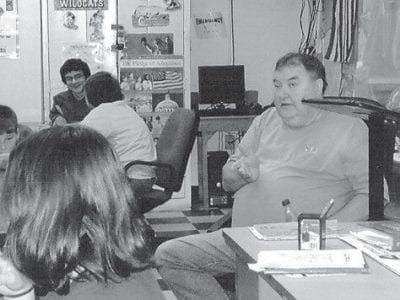 Greeting from the hills and valleys of Eolia and the Eolia Christian Community Outreach. But those who wait on the Lord shall renew their strength; they shall mount up with wings like eagles, they shall run and not be weary, they shall walk and not faint. Isaiah 40:31 The folks at ECCO are receiving a well-deserved Christmas break for a […]


Kathleen “Kitty” Mullins, 52, of Rocky Hollow, Burdine, died December 27, at Wellmont Jenkins Community Hospital in Jenkins. A daughter of Cora Sue Richardson and the late Earl Richardson, she was born in Jenkins. Surviving in addition to her mother are her husband, Gary Mullins; two sons, Teddy Johnson of Whitesburg and Jordon Mullins of Jenkins; a stepdaughter, April Williams […]

FRANKFORT A coal company has agreed to pay more than $276,000 in pastdue penalties for federal mine safety violations at five underground locations. U.S. Mine Safety and Health Administration chief Richard Stickler said Liggett Mining had failed to pay fines on at least 300 citations dating back to March 2007 at five mines in eastern Kentucky. Stickler said the settlement […]

ALL MY CHILDREN — Annie was subdued and returned to Oak Haven. Krystal spent the night in David’s bed. She was guilt-ridden the morning after when she learned Tad was lost in the Congo. Amanda took the money from David for getting JR to drink. After sharing a friendly kiss on New Year’s Eve, Reese and Zach both tried to […]