There is funny, there is not funny

The president was funny at the White House Correspondents Dinner. Wanda Sykes, the host, was not. I hate to say that, because I have enjoyed many good laughs watching Wanda Sykes, the actress. Maybe she just got her lines from the wrong person this time. Maybe someone with more of an ear for the world of politics and media should […]

Fishing for crappie in high water

The water level of Carr Creek Lake was already up near summer pool and had a good color to it. I had received reports from several fisherman that some nice crappie were being caught. Many crappie were starting to move toward the shallow water to feed and were starting to set up on a normal spring pattern of holding on […]

Many without power from stormy weather

Rain, rain, rain and more rain would fit our weather forecast for the past two weeks. Thankfully Sunday morning the sun came out and stayed out all day. Many communities were without electricity all day on Friday and some longer than that. The wind and rain took down many trees all around the county and caused mud slides and flooding […] 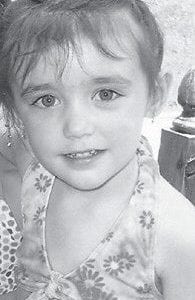 
Layne Caudill celebrated her third birthday May 9 with a Pink Pirate party with family and friends. She is the daughter of David “Tiny” and Holly Caudill of Isom. Her grandparents are Linda Breeding of Isom and the late Roger Breeding, and Gary and Katie Caudill of Blackey. She has an older sister, Emily Grace, 6.

It pains me to take Elizabeth Edwards to task for anything. She is suffering from terminal cancer and from assertions that her cheating husband fathered a child with a party girl. So my first instinct is to totally lay off. The only rap against her, it seems, is that she knew of an affair after John Edwards announced his presidential […]

Neither rain nor snow nor …

This is the first time I have closed out a turkey season under a rain delay, a yellow flag, or whatever term you want to use. This all started for me in October. Instead of going turkey hunting in Wyoming in November, I changed this past fall and went on October 9. As soon as my airplane landed, the snow […]

Those enjoying a camping and fishing trip recently hosted by Roger Yonts in Georgia were Russell Yonts, Duane Yonts, Tim Yonts, Jeff Daniels, Tim Yonts, Joey Yonts, Nick Yonts and Zack Ferris. They reported the fishing was great. The longest fish, a 30-inch stripe, was caught by Roger. The teens, Nick and Zack, had a lot of fun swimming and […] 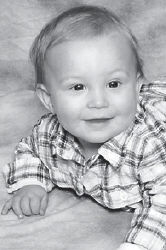 
Noah Kayden Allen Tyree turned one year old on April 17. He is the son of Kristie and Mark Tyree of Premium, and has a sister, Linsey Hope Tyree. His grandparents are Kaye and Lee Banks of Premium, and the late Bennett and Bobby Tyree.