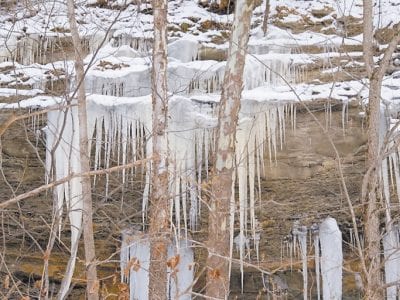 
With apologies to Ella Fitzgerald, Dean Martin, Ray Charles, Tom Jones and other great singers who have performed the song, “Baby, It’s Cold Outside,” that’s the saying that best sums up the severe winter weather Letcher County continues to experience. These icicles were photographed over the weekend on a hillside near Mayking.

My sympathy to the family of Tommy Halcomb of Carcassone. He died at Whitesburg Appalachian Regional Hospital Jan. 7. Tommy had been sick for a long time, and his wife Lorene has been also been having some health problems. Tommy was 87. Happy birthday to Karli Blair of Dry Fork. She turned 6 on Jan. 8. She celebrated with a […] 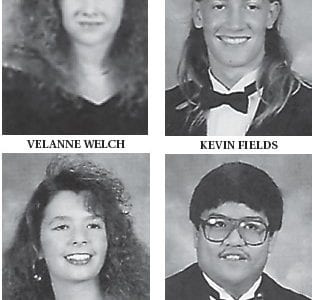 Graduation for the Whitesburg High School Class of 1992 was held on Friday, May 29, at 7 p.m. in the WHS gymnasium. Graduation began with the presentation of colors by the J.R.O.T.C. and the playing of the National Anthem by the band. Armando Morrell introduced Roger Howard, who delivered the invocation. The invocation was followed by the song, “It’s So […]