Gasoline prices in Letcher County fell well below the state and national averages to $3.29 a gallon on Tuesday and are expected to fall even more in the next few weeks. Statewide, average retail gas prices in Kentucky have fallen 6.3 cents per gallon in the past week, averaging $3.51 a gallon on Monday. This compares with the national average […]

The ‘geezers’ are right this time

Alan Simpson let loose at a group of Californians who charged in a brochure that he and Erskine Bowles were “using the deficit to gut our Social Security.” The former Republican senator from Wyoming sent the California Association of Retired Americans a characteristically colorful response, which I quote: “What a wretched group of seniors you must be to use the […]

Memorial Weekend was very hot days. After it cooled down Sunday evening, Shirley Lucas, Mahala Banks, Lydia Hall, Cody Baker, Torrence Holbrook, Torrence Holbrook Jr. and his girlfriend Christy and her daughter Katelynn, Norman Banks and some of his family, were all gathered out at the picnic table at 84 Bach Court. The only thing missing was a grill with […]

Bluegill easily caught off the nest

On a recent trip to Carr Creek Lake I was bluegill fishing in the same deeper water spots I like to frequent. After a while, I started noticing that the bite was real slow, so I started moving around and fishing different areas closer to the bank. The more shallow I fished the better the action was. I also noticed […]

Hello everyone! I hope all had a safe and happy Memorial weekend. There are lots of beautiful flowers on the graves and in yards, but it’s so sad to see so many have gone on before us. My son Chad, his wife Amber and two of the granddaughters, Ashley and Michaela, came in for the weekend. So glad to see […] 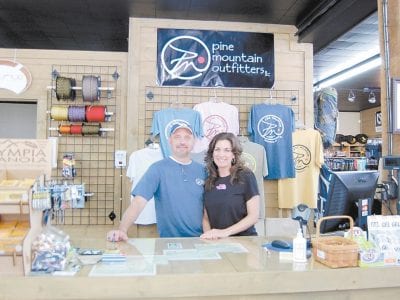 New store offers reasons to get outside

Bill and Patricia Bentley love to hike, camp and ride bicycles. When they go on an outdoor adventure outside of Letcher County, they always shop at independently owned outdoor specialty stores. “When we are on vacation, we won’t pass up an outdoor store,” said Patricia Bentley, a special education teacher at Arlie Boggs Elementary School. With the closest outdoor store […]

It’s a car, not an investment

Dear Tom and Ray: My fiance and I are planning to buy a new car that fits our lifestyle and our budget. We are currently looking at the Honda Fit, the Toyota Matrix and, my personal favorite, the Honda Element. Anyway, here’s some info about us: • We live in the mountains outside of Las Vegas (at 8,000 feet!), so […]


Seedtime on the Cumberland will host a free, guided hike to Bad Branch Falls on the Saturday morning of Seedtime, June 9, at 9 a.m. Sponsored by Pine Mountain Outfitters and the Kentucky Natural Lands Trust (KNLT), the hike will be led by KNLT board member Roy Crawford and will head straight to the falls from the trailhead. Bad Branch […] 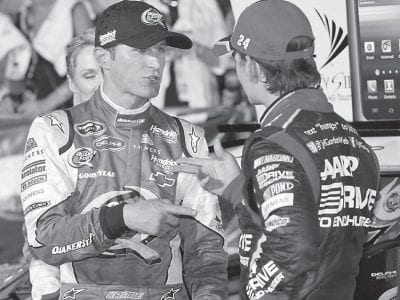 CONCORD, N.C. Rick Hendrick says he made a mistake last year, something the owner’s teams haven’t done much lately. Hendrick acknowledged he added pressure to his programs when he spoke of win No. 200 so soon after Jimmie Johnson collected the 199th victory at Kansas last October. Then came the lost chances and missed opportunities that stung Hendrick’s four teams […]


Dallas Adams Jr., 72, of Sergent, died May 17 at Pikeville Medical Center. A son of the late Dallas and Mary Rutherford Adams, he was a minister of the Primitive Baptist Church. He was a brother of the late Dewey Adams, Ronnie Adams, Bobby Adams, Charles Lester Adams, Loretta Hall and Marylynn Adams Stevens. Surviving are his wife of 53 […]