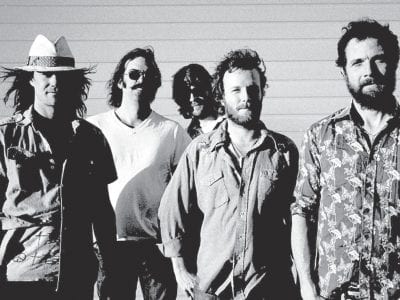 Editor’s Note: The Nashvillebased country-rock band Truth & Salvage Co., which was formed in California and has been compared to a cross between the bands The Eagles and Black Crowes will appear in concert Saturday at Summit City in Whitesburg. The following story appeared recently in USA Today. Whether you’re looking for a helping hand, a boost of energy or […] 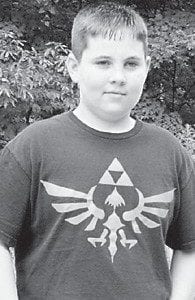 Hello all! I hope this finds each of you happy and healthy. How do y’all feel about this change in the weather that we have been having? Personally, I am absolutely loving it. Sitting on the porch this evening, listening to the sounds of all the little critters here in the mountains, I thought to myself, “I wish it could […]

Almost 1 in 10 U.S. high school seniors have engaged in recent extreme binge drinking — downing at least 10 drinks at a rate that barely budged over six years, according to a government-funded report. Less severe binge drinking, consuming five or more drinks in a row, has mostly declined in recent years among teens. But for high school seniors, […]

Crappie good, but will get better

Throughout a year, crappie and bass move to different parts of the lake because of water and air temperatures, water levels rising or falling, fishing pressure and food source. Knowing this and using it to decide where you are going to fish will help you set up a good fish catching pattern. The weather seems to have cooled down some […]

Residents of the Payne Gap area will be gaining access to treated drinking water sooner rather than later. The Letcher Fiscal Court learned this week that the City of Jenkins would sign a $3 million “memorandum of agreement” with the state Division of Abandoned Mine Lands (AML) that will allow for the expedited completion of the third phase of the […]

Fall is here! Leaves are turning colors. It’s perfect weather for walking. Myself and Lydia Hall make our rounds every evening. Thelma Brown has been sick and in the hospital at Pikeville. She’s home now and doing really good. My new grandson is doing great. He’s getting a little chunky, but he’s just fitting in newborns now. He was born […]

For the first time, the government is estimating how many people die from drug-resistant bacteria each year — more than 23,000, or about as many as those killed annually by flu. The figure was released this week by the Centers for Disease Control and Prevention to spotlight the growing threat of germs that are hard to treat because they’ve become […]

Is ‘respect’ no longer being taught?

I was taught to show respect while growing up. I was expected to respect my teachers (I’m still friends with some of them after all these years), to respect my elders (not too many people around are older than me anymore), to respect others’ feelings, and their rights. I learned at an early age that my rights end where yours […]


Yvonne Marie Miller, 62, of Payne Gap, died September 9 at Pikeville Medical Center. A daughter of the late Darwin and Ota Mullins of Jackhorn, she was a grandmother of the late Erica Nicole Miller and a sister of the late Madonna Sue Mullins. She was a member of the Dunham Freewill Baptist Church for 17 years. Surviving are her […]