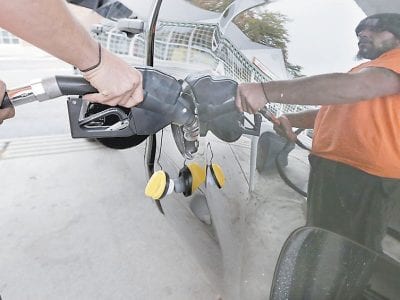 Why drop in oil prices can hurt economy

If you’re a driver, a shipper or an airline, low oil prices sure feel nice. But there are downsides to the recent plunge in oil prices — for the oil industry and for the economy. Low fuel prices can help boost economic growth by reducing fuel bills and leaving consumers and companies with more money to spend on other things. […]


The Pine Mountain Chapter of the Daughters of the American Revolution will honor Vietnam veterans in November. The chapter is seeking the names and addresses of all surviving Vietnam veterans who were drafted or volunteered in Letcher County and served in the Vietnam, Cambodia of Thailand areas. The group is also looking for the name of those who were killed […]

Talladega will sort it out

Talladega and Martinsville have always been the races on the Chase schedule that have been considered the wild card events where the outcomes are unpredictable. That hasn’t changed with this year’s Chase, but with Talladega being the third and final race of the Contender Round, it has become “the” wild card race of the 10-race Chase. The scenario surrounding this […]

A slump in energy stocks stymied a rebound in U.S. indexes Tuesday as the price of oil plunged the most in two years. The decline in oil prices followed forecasts for weaker global demand this year and next, a sign of slowing economic growth. Chevron fell 2 percent, helping to drag down the Dow Jones industrial average in the waning […]

The bands at Blackey Days were great as usual. It was wonderful to get to hear Sunrise Ridge with my cousin Jack Adams, and so good to get to talk to Jack and Jeff for a little bit. Jack, I apologize again for not remembering as I would have loved to slipped into the Appalshop to surprise you. Will Caudill, […]

Airbag did its job

Carolina Rayne Eldridge had a wonderful party. She was truly blessed. Her favorite toy was a baby Hassie Wright, T.J. and Alexis got her. She has wagged it everywhere. Well sad to say, but on my way home a girl hit me head on and I fell like “rough.” She was on my side of the road; all I had […]

Hunting in the Blue Ridge Mountains

As I ready myself for a hunting trip in the Blue Ridge Mountains of western North Carolina, I can’t help but think of the many years I have hunted there. The Blue Ridge is where I was hunting on November 19, 1973 when word came to me that my mother had passed away at the age of 51. That was […] 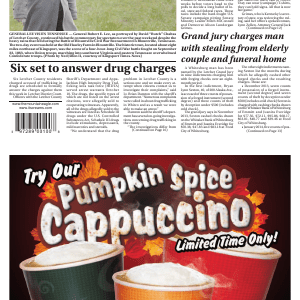