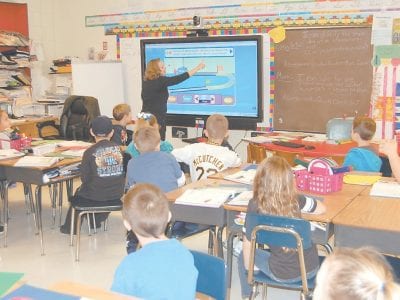 West Whitesburg Elementary School teacher Sharie Bailey used a 55- inch touch display screen Monday morning to show her students what activities on an educational website she wanted them to complete. Instead of having 20 students crowd around a small computer screen, students watched and listened to instructions while sitting at their desks. Bailey, who demonstrated the task on an […]

Hope this week finds everyone doing well. Before you know it all the pretty leaves will start to fall and Halloween will be here. We had a very good church service and a large crowd attending at Blair Branch Church this past Sunday. After services Matthew Eldridge and Charlotte Gibson were baptized. Matthew took his membership at Cowan Regular Baptist […]

An experimental treatment for blindness that uses embryonic stem cells appears to be safe, and it improved vision in more than half of the patients who got it, two early studies show. Researchers followed 18 patients for up to three years after treatment. The studies are the first to show safety of an embryonic stem cell treatment in humans for […]

Mississippi State has spent the past month obliterating stereotypes about the program, ignoring a mediocre history and rising to the top spot in the national rankings for the first time in school history. Now the Bulldogs are learning to embrace life as the favorite. No. 1 Mississippi State (6-0, 3-0 Southeastern Conference) travels to face Kentucky (5-2, 2-2) on Saturday, […]


Emma Pauline Hampton, 83, of Blackey, died October 12 at the University of Kentucky Medical Center in Lexington. A daughter of the late Wendell H. and Maggie Sorrells Brown, she was the widow of James Hampton and a grandmother of the late Larry Trevis Hampton. Surviving are a son, Larry Hampton of Pikeville; a daughter, Diane Holcomb of Isom; two […]


A holiday bazaar will be held by the Letcher Elementary School PTO from 10 a.m. to 4 p.m. on Nov. 15 at the school. Local crafts and gift dealers will sell mountain gifts and children can learn to make their own ornaments. All proceeds will go to help the LES PTO purchase new technology for the classrooms. For more information, […]

Hello everyone! Hoping everyone is doing well during this cold spell we have been having. Imogene Sexton and part of her family went to St. Petersburg, Fla., for five days. She went on her first plane ride and the pilots let her see inside the cockpit and she really enjoyed it. She said one day it was 100 degrees. She […] 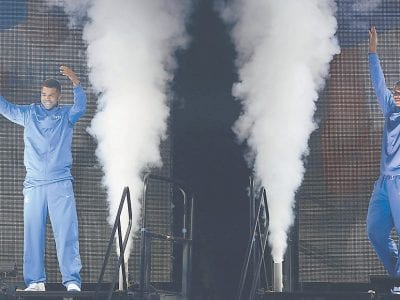 Just as Drake appeared to draw the biggest cheers at Big Blue Madness, the rapper introduced Kentucky coach John Calipari and the noise then became a roar. The Wildcats men’s team gave a sold-out Rupp Arena crowd plenty more reasons to cheer with a fast-paced and sometimes-physical scrimmage last Friday night that figures to ratchet expectations for a ninth national […]