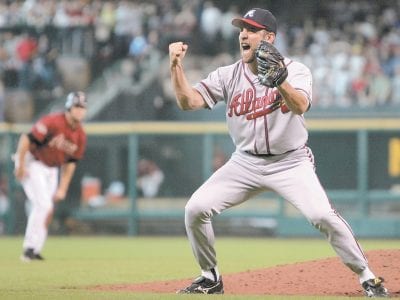 Biggest class since 1955 headed to Hall of Fame

Randy Johnson, Pedro Martinez and John Smoltz dominated in an era of offense, each in their own way. The 6-foot-10 Big Unit became the tallest of 215 players elected to baseball’s Hall of Fame and the 5-foot-11 Martinez the shortest pitcher picked for Cooperstown since Whitey Ford in 1974. Smoltz, who found unusual success both as a starting pitcher and […]

Many Letcher Countians suffering from flu

Hello everyone, hope you are all doing well after all the Christmas and New Year’s Day is over and all the things that kept us running. It’s hard to settle back down to everyday life. I’ve just been tired and I’ve stayed in and not gone out except to church and the grocery store. We’ve had so many of our […] 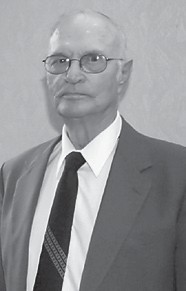 
Herbert “Ray” Shortt, 91, of Jenkins, died Friday December 26, in Cynthiana. Along with his parents, he was preceded in death by his wife Rudell, his son Mike, two brothers, Verlin Baker and Linsey Baker. Born in Wise County, Virginia, he was a retired salesman for National Mines Service Company in Jenkins. He served in the U.S. Army during World […]


Local healthcare providers say it isn’t too late to get an influenza shot, despite the large number of Letcher County residents suffering from the flu or flu-like symptoms. Spokesmen for Centers for Disease Control and Prevention (CDC) recently declared a flu epidemic in the United States and strongly recommend that everyone get a flu shot. Although the vaccine may not […]


Since winning their own Christmas tournament two weeks ago, the Letcher Central Lady Cougars have fallen upon hard times — losing four of their last five games including a tough one, 58-56, in overtime January 3 at Knott County Central. LCCHS, which has struggled with a “short” bench all season, found itself with an even “shorter” bench when senior forward […]

Happy New Year. I hope everyone had a safe and happy New Year’s Eve. I had a very quiet evening at home, and a hot — well not really hot, but a warm date with my electric blanket. I even fell asleep before the ball dropped on the television. Not only that, I was a party pooper as I had […]

I forgot to write a column last week. I think I’m a little absentminded lately, but we were also out of town. Bob, Don and Coreen Pridemore, Liberty and Noah Campbell and myself all spent a few days last weekend at Barren River State Park. Mom and I walked the banks around the lake treasure hunting. She looked for fishing […] 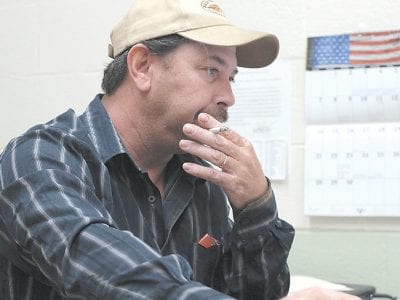 Only in Kentucky: Jailers without jails

Jeanette Miller Hughes padded barefoot around her modest home on a recent weekday afternoon, wearing a stained, baggy shirt and leggings. The television blared “The Muppets” as Hughes babysat her grandchild. During this and two other weekday stops by reporters at Hughes’s home, there was nothing to suggest that this well-compensated public official was on the clock and ready to […]

It was 1956 and I had been in the Air Force for six months, and was a jet engine mechanic, stationed at McGee-Tyson Air Force Base in Maryville, Tenn. I was still curious about aircraft and flying. I was working on the engine of the F986D Fighter. A plane was towed into the hangar, and people had been working on […]