What does the operation of a small craft distillery in Whitesburg have to do with the University of Kentucky? Nothing the eye can see, but don’t try telling that to a law firm representing the university. While the owners of the Kentucky Mist distillery were busy labeling their first bottles of flavored spirits last Friday they received a certified letter […] 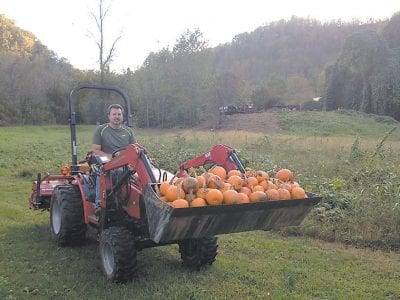 
Three people have been indicted by the Letcher Grand Jury in a case in which two are accused of using a stolen debit card to buy cartons of soft drinks which the grand jury says they then sold at a pawn shop. Amy Rena Bowling, 36, also known as Amy Rena Thomas, of 2670 Ky. Hwy. 317 North, Jackhorn, is […]

The Letcher County Fiscal Court was warned at its October meeting that the long predicted hard financial times have arrived. While giving his monthly report, Letcher County Treasurer Phillip Hampton said that while he will compile the exact figures on Tuesday morning, after the county’s bills are paid, it is obvious that several of the county’s funds will have a […]

Alex Poythress missed most of last season with a knee injury, yet Kentucky coach John Calipari insists that the success of this year’s team will “center around Alex” and his performance at power forward. “We do not have a beast, and that can be Alex,” said Calipari. “There is no one else like him (on our team). No one that […]

Effort pays off for father and son

I just love to share stories of parents or friends of youth who take them hunting. Without the people who take young hunters into the woods our sport would soon be forgotten. Stories like the one I am about to share with you thrill me. Preston Blair, a seventh grader, from Jeremiah is one of those stories. Preston moved into […]

Fall bass fishing is in full swing and some nice bass are being caught. I have had reports of several keepers of largemouth and some smallmouth bass being caught. During this time of year the schools of baitfish will hold in shallow areas and in and around the creeks. Bass will follow and feed off these baitfish. Bass will always […] 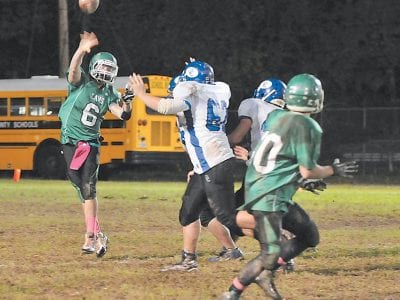 This game shifted away from Jenkins and right into the hands of Clinton County in a matter of seconds. The Bulldogs pulled away from the Cavaliers in a span of 56 seconds, scoring a pair of touchdowns late in the opening half, en route to a 44-28 win on homecoming night at Tommy Brush Field in Jenkins on October 15. […]

Only one free pass is left

The Contender Round’s second stop at Kansas on Sunday turned into another dominating performance by Penske Racing’s Joey Logano. It was the second consecutive trip to victory lane for Logano as he had already secured his advance into the Eliminator Round with a victory at Charlotte. Sunday’s Kansas win by Logano now leaves only one opportunity for a driver to […] 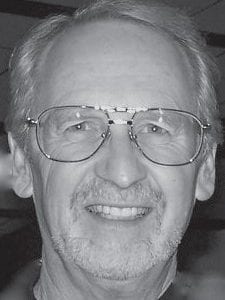 Things I noticed and you did too. 1. Bowl game projections are beginning to surface. Among them Auburn to the Liberty Bowl, Kentucky to the Music City. But for a play or two, could be other way round. 2. Kentucky is how close to 6-0 and first place in SEC East? One dropped pass in end zone against the Gators […]