The baby Alfie Evans has died. Born in Liverpool with a degenerative brain condition, Alfie had been in a semi-vegetative state for over a year. Against his parents’ wishes, the hospital took Alfie off ventilation. The parents had wanted to move him to a Vatican hospital in Rome that would have kept him on life-support. But the British hospital refused […]

Why bluegill are great fish to catch

Many of us grew up getting our start in fishing by catching bluegill. This is a great fish to introduce a young child or a newcomer to fishing, because these little fish will hit when nothing else will and are just about always aggressive and willing to run with your bait. Bluegill are just about everywhere. In the lakes these […] 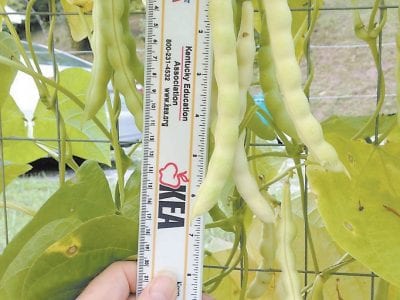 Bill Best, who helped organize the Sustainable Mountain Agriculture Center, Inc. in Berea, wrote in the January 1998 Appalachian Heritage Magazine that Big John Beans originated in Letcher County. (The article has been reprinted with his permission on the website www.heirlooms.org/heirloom-beans.html.) As with other types of beans, Big John Bean seeds can be planted as early in the spring as […]


Kentucky Derby viewers will be able to follow horses closer on the backstretch when NBC Sports introduces a new camera angle for the marquee event in horse racing’s Triple Crown. Coverage of Saturday’s 144th Run for the Roses at Churchill Downs will include views from a camera suspended above the backstretch that will pan the 20-horse field. Similar to what […]

A step closer to jobs


To the Editor: Fourteen years ago, the Letcher County Planning Commission embarked on a journey to recruit new industry and more jobs to our historic coal-producing county. Our beautiful mountainous region has wielded a double-edged sword in many instances; while conducive to energy resources, wood products and tourism, the development of other thriving industries in bigger cities, like manufacturing and […] 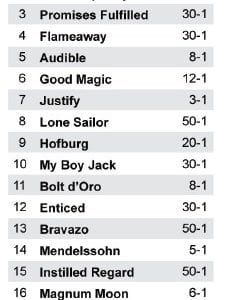 LOUISVILLE Bob Baffert had no chance to fret over the Kentucky Derby draw. By the time the Hall of Fame trainer managed to get into Churchill Downs, the process was halfway done and Justify had landed in the No. 7 post on Tuesday. “We didn’t want the 1-hole, that’s for sure,” the four-time Derby winner said. “I was relieved when […] 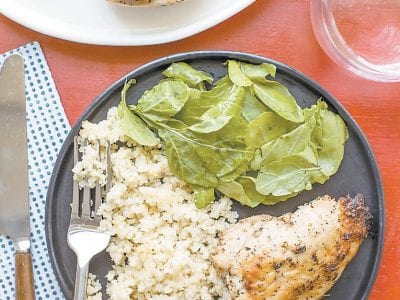 Oregano, lemon, garlic, glugs of olive oil … these are just a few of the ingredients that make Greek food so appealing. They match up well with all sorts of other hero ingredients, from potatoes to chicken to seafood. In this recipe, chicken gets a nice soak in a Greek marinade with all of those delicious flavors and then is […]

Police say one suspect described murder to them

Clifford Jermaine Caudill, 38, of Neon, and Dedra Keathley, 41, of Joes Creek in Pike County are charged with the murder of Ricky Gibson of Neon, and with tampering with evidence for allegedly dumping the body. A partially decomposed body identified as Gibson’s was found on a strip mine at the top of Haymond Hill off KY 805 this morning. […] 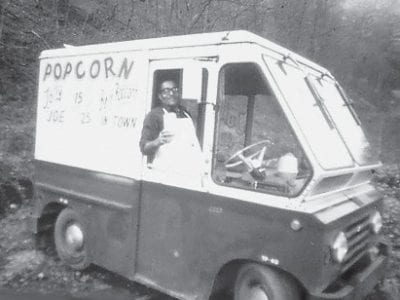 Popcorn was highlight of stock sales

Well, if you weren’t at the Little Colley Baptist Church this past Saturday for their breakfast, you surely missed a good one. Ronnie Maggard, Charlene, Mom, myself, and my youngest grandchild, Story Eliza Hampton, enjoyed it immensely. Mom even had two biscuits and she rarely does that. I can’t tell you how many pieces of that delicious bacon were eaten […]

Has season taken a bad turn?

So far this has been as bad a year for turkey hunting as it has been good. The good news is I have taken three turkeys this season, one in Florida, two in Nebraska. The bad news takes longer, so here goes. First, I did too much guiding in Florida and not enough hunting for myself, thus the reason for […]