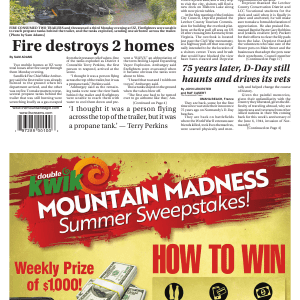 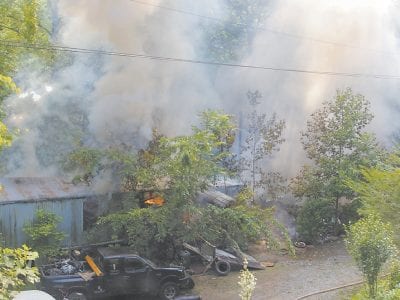 Two mobile homes at UZ were total losses after fire swept through them Monday evening. Sandlick Fire Chief Mike Amburgey said the first trailer was already burned to the ground when his department arrived, and the other was on fire. To make matters worse, several propane tanks behind the trailer that was still burning were screeching loudly as a gas […] 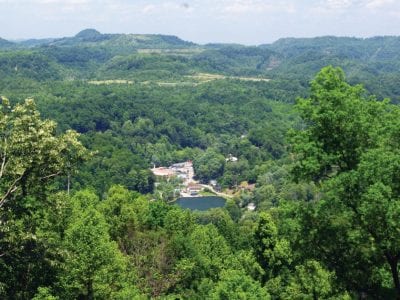 Visitors from around the country have already visited the new overlook on the northbound lane of US 23 near Pound Gap, Jenkins Mayor Todd Depriest said, and if they stop to visit the city, visitors will find a new dock on Elkhorn Lake along with new picnic tables. At the May meeting of the Jenkins City Council, Depriest praised the […] 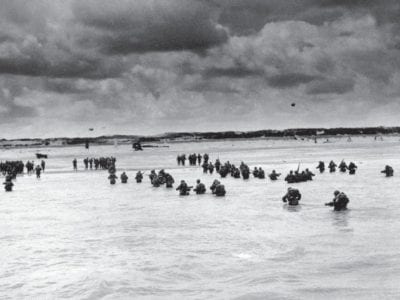 OMAHA BEACH, France They are back, some for the first time since war stole their innocence 75 years ago on Normandy’s D-Day beaches. They are back on battlefields where the World War II veterans saw friends killed, took lives themselves, were scarred physically and men- tally and helped change the course of history. Given the painful memories, given their unfamiliarity […] 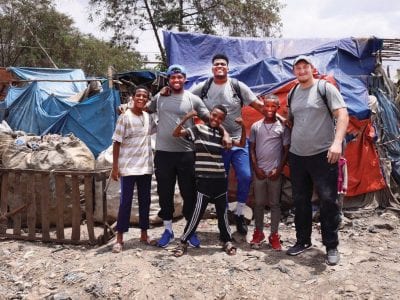 Kelly Putty is a Hopkinsville, Kentucky native who went to Ethiopia in 2008 to adopt a child and had her “eyes opened” to the needs so many children had there and founded Ordinary Hero to advocate for more children there to get adopted. Jason Schlafer is the executive assistant athletics director at the University of Kentucky who has an adopted […]

It gets very hot and muggy in the summer, which makes fishing hard on many anglers. I myself do not like to get out in the heat of the day and fish and will go early in the morning or late in the afternoon or even better at nighttime. Some folks can get out in the heat and go anyway. […]

One hunting dream ends, one survives

Here it is, June already. Time waits for no man nor reason, I have been told. This will be my first year in many that I will not be going to Maine to hunt black bear. I love hunting with my friends, Frank and Cathy Lawler. We have had a great run together and I have left Maine each year […]

Calipari believes Wildcats set for a big season with returnees

LEXINGTON Kentucky coach John Calipari will be expecting big things from his returnees next season and it starts with Ashton Hagans. “I think will have a breakthrough year based on the fact that he gets it now,” Calipari said Tuesday. “He’s going to be much more focused on things.” The Kentucky coach also hopes Nick Richards, EJ Montgomery and Immanuel […]

For week of June 10 ARIES (March 21 to April 19) Try using that Aries charm to warm up the usual set of workplace naysayers, and then back it up with a solid block of facts and figures to sell your idea to your colleagues. TAURUS (April 20 to May 20) While nothing can deter a determined Bovine from following […]

As schools finish up their year and we all prepare for the summer ahead, it may not feel like a major crisis is just a few weeks away, but that is exactly what Kentucky faces if Governor Bevin and the General Assembly don’t act soon. What will happen if nothing is done? Dozens of public health departments – including those […]