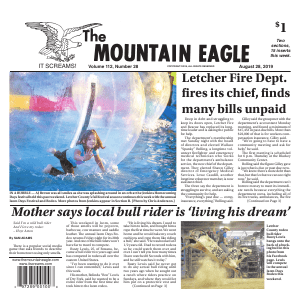 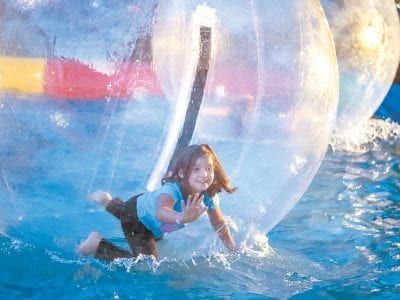 AJ Brown was all smiles as she was splashing around in an orb at the Jenkins Homecoming Days festival held this past weekend. Letcher County’s fall festival season continues this week with the annual Isom Days Festival and Rodeo. More photos from Jenkins appear in Section B. (Photo by Chris Anderson.) 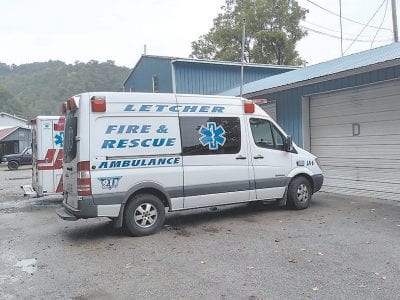 Deep in debt and struggling to keep its doors open, Letcher Fire and Rescue has replaced its longtime leader and is asking the public for help. The department’s membership met Sunday night with the board of directors and elected Wallace “Spanky” Bolling, a longtime volunteer firefighter and emergency medical technician who works for the department’s ambulance service, the new chief […] 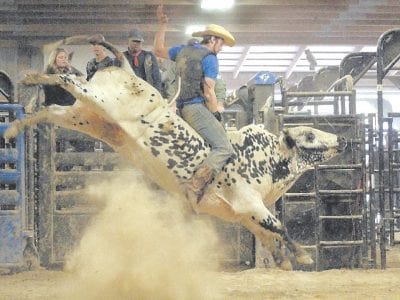 Said I’m a wild bull rider And I love my rodeo – Hoyt Axton There is a popular social media game that asks friends to describe their hometown using only smells. This weekend in Isom, some of those smells will be popcorn, barbecue, cow manure and saddle leather. The annual Isom Days Rodeo returns Friday night for its 28th year. […] 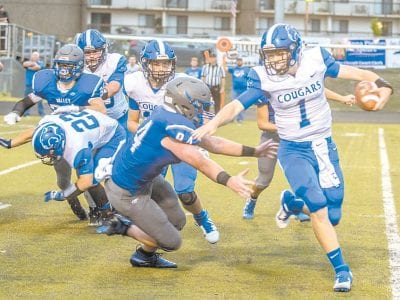 The Letcher County Central Cougars will look to even up their record when they travel to Bourbon County and play the Colonels in the Dan Cummings Bourbon Bowl this Saturday night at 8. The Cougars’ 2019 season began last Friday with a hard fought 44-22 loss at Shelby Valley in a game that was much closer than the final score […] 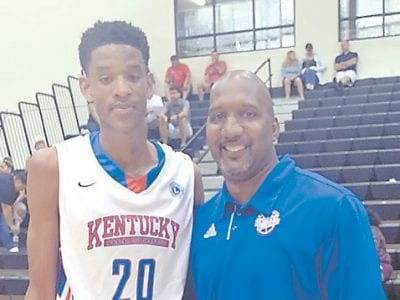 JJ Traynor has gone from a player who averaged 11.2 points and 8.6 rebounds per game for Bardstown, which only had a 15- 16 record last year, to a top 100 recruit nationally in a matter of months. The 6-8 Traynor, the son of 1993 Kentucky Mr. Basketball Jason Osborne, is now the highest-rated instate player in the 2020 recruiting […]

We had a chance to take the camper over to Carr Creek Lake this past week and camp a few nights. While there we got in some good bluegill fishing. We fished around several types of cover and along the bank without much luck. Then we saw some small bluegill going in and out of a weed bed full of […]

Struttin’ Time: Can you remember your first hunt?

This past Saturday was the opening day of fall squirrel season in Kentucky. I still remember my first squirrel hunt, do you? I was six years old and my dad was waking me up to go with him. I didn’t slept much the night before, because I was so excited about going into the woods. Dad never spoke but once […]

Communications union workers in eastern Kentucky are among more than 20,000 AT&T employees that went on strike in nine Southern states over the weekend. The Communications Workers of America Local 3317 in Pikeville represents about 60 AT&T linemen, repair group employees, construction crews and others from Letcher County to Lawrence County, local president Joe Fields said Tuesday. Only one man […]

Illness brings on a new awareness

If you are a regular reader of this column, you already know that I have had type 2 diabetes for over 10 years and that I’ve managed it with Metformin all this time. Our adult son has type 1 and he has been on insulin for over 30 years. Our 11-yearold grandson has been on insulin since he was 3. […]