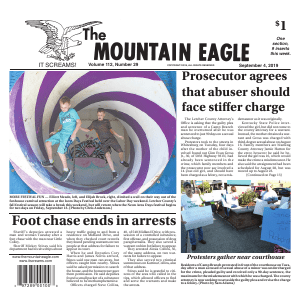 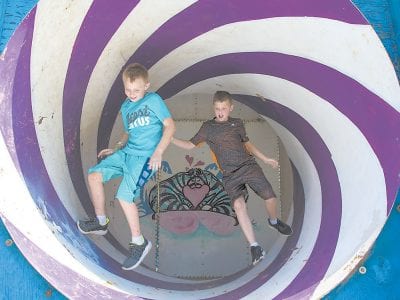 MORE FESTIVAL FUN — Elliott Meade, left, and Elijah Brock, right, climbed a wall on their way out of the funhouse carnival attraction at the Isom Days Festival held over the Labor Day weekend. Letcher County’s fall festival season will take a break this weekend, but will return when the Neon Area Days festival begins for two days on Friday, […]

The Letcher County Attorney’s Office is asking that the guilty plea and sentence of a Camp Branch man be overturned after he was sentenced to just 90 days on a sexual abuse charge. Protestors took to the streets in Whitesburg on Tuesday, four days after the mother of the child involved found out Glen Evan Gross Jr., 30, of 5033 […]

Sheriff ’s deputies arrested a man and woman Tuesday after a foot chase with the man near Little Colley. Sheriff Mickey Stines said his department had received tips about heavy traffic going to and from a residence on Midland Drive, and when they checked court records they found pending warrants on two people at that address for failure to appear […] 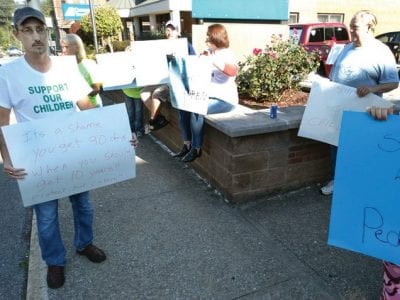 Residents of Camp Branch protested in front of the courthouse on Tuesday after a man accused of sexual abuse of a minor was undercharged for the crime, pleaded guilty and received only a 90-day sentence, the maximum for the misdemeanor with which he was charged. The county attorney is now seeking to set aside the guilty plea and revise the […]

Cougars come from behind to win

The Letcher County Central Cougars evened their record at 1-1 after a 20-19 come from behind victory over Bourbon County. A lightning delay kept the game from beginning until almost 11 p.m. After trailing 13-6 at halftime, the Cougars came out on offense in a power-I formation and simply wore down the Colonel defense in the second half for the […] 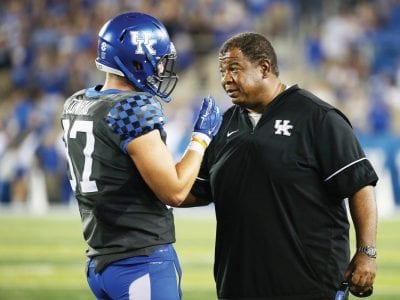 Recently a longtime University of Kentucky fan who has season tickets to both men’s basketball and football games posed a question that I was not sure how to answer. She wondered who I thought was the better recruiter — John Calipari or Vince Marrow. The more I thought about the question, the harder it became for me to answer. Calipari […]

This past weekend both made me sad and let the memories flow. You see, when I was growing up in McRoberts, the Labor Day weekend was the time we planned for all year, the time hunters left Letcher County and headed to Pulaski to squirrel hunt in the Daniel Boone National Forest, then named the Cumberland National Forest. Memories were […]

It is most definitely late summer and the hot weather is proof of that. This can be a good — but tough — time for some anglers to get out and fish. As I have worked underground all my life, I am used to the milder temperatures and cannot take too much of the hot weather outside. Still, there are […] 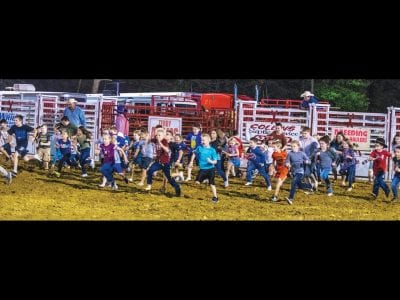 Having fun at Isom Days Festival 2019

All photos except cornhole winners by Chris Anderson