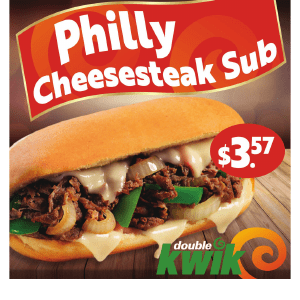 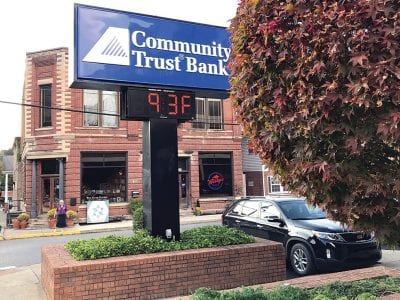 The time and temp is … extraordinary

A showing of 93° F is not that unusual on this sign in downtown Whitesburg until you realize the reading was made at 6:36 p.m. on Monday, just as September — the driest month ever recorded in eastern Kentucky since the National Weather Service opened its Jackson office in 1981 — was fading into October. Jackson weather officials say eastern […]

The Letcher County Fiscal Court voted unanimously to co-sign a note for over $320,000 to save the Letcher Fire Department and Ambulance Service after learning the agency was paying 38 percent interest on a loan acquired by the former chief. The vote came last Thursday at a special meeting called for the purpose of addressing the issue. A group of […] 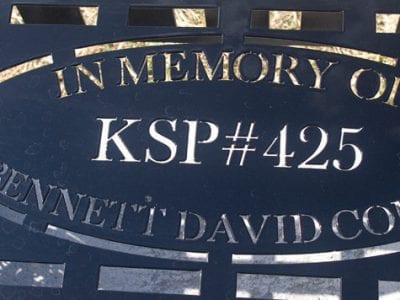 The new overlook on US 23 near Pound Gap got a new name last week. It will now be called the Combs Overlook, named for well-known Kentucky State Police Trooper Bennett David Combs, of Ice, who died in August 2014 after a long illness. He was 55. A parade of friends and relatives stepped to the podium at the overlook […] 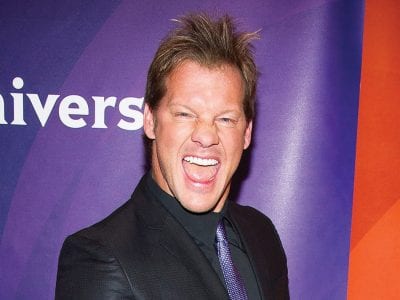 All Elite Wrestling to debut on TNT

Cody Rhodes met a woman at the airport who traveled from Austria to attend a professional wrestling event he promoted called “All In.” The woman told Rhodes she was a lapsed fan, recently becoming hooked again on wrestling events outside the WWE bubble. Rhodes says he’s met plenty of these fans — from the hardcore subset to newcomers — looking […]

The Letcher County Central Cougars evened their record at 3-3 with a comeback victory against district rival Perry County Central by a score of 21-20. Trailing by 7 late in the fourth quarter, LCC receiver Alex Blair scored a 7-yard touchdown on counter rush. Quarterback Carson Adams converted the two-point attempt on a sneak on what would be the game-winning […]

Trouncing at South Carolina stirs up criticism of Kentucky

After Kentucky’s 24-7 beat down at South Carolina last week, criticism was leveled at UK coach Mark Stoops and his players since it was UK’s third straight loss. Not only was it a third straight loss, but it was a second straight loss where UK really was not competitive physically. Yet former UK quarterback Reese Phillips, who transferred to Montana […]

Taking a break for a 40-hour drive

You readers know each and every week that I sit down to do our Struttin’ Time, I am just like I am about hunting. If that thrill leaves, so will I. Unless my lifelong friends at The Eagle pull on some stories from the past, there won’t be any. I leave for Canada the day this story hits the streets. […]

We are in an unusual weather pattern for this time of year. We should be talking about the start of the cool down and lower water and air temperatures and the start of early fall top water fishing. But here we are going into October with air and water temperatures still in the 90-degree range. We also are in a […] 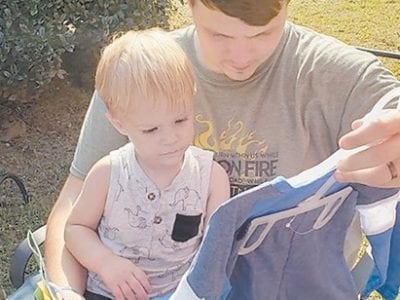 Whitesburg was busy town during festival

You talk about a busy little town, we surely had one this past Wednesday and through the weekend. Wednesday, the Letcher County Senior Citizens strolled through all the vendors set up on the streets for Whitesburg Day. Lots of them enjoyed the free hotdogs and some of them went up to the Letcher County Extension Office for their annual Soup […]