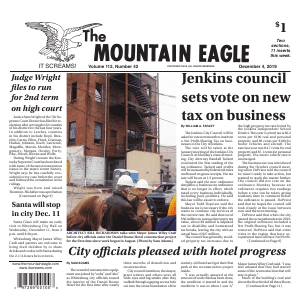 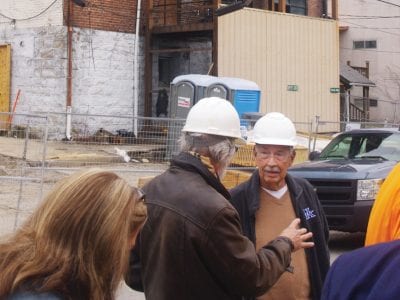 The sound of construction equipment was joined by “oohs” and “ahs” as Whitesburg city officials toured the interior of the Daniel Boone Hotel for the first time after nearly three months of demolition and reconstruction. City council members, the mayor, grant writers and others were all wide eyes and big smiles after they walked through a gaping access hole cut […]

The Jenkins City Council will be asked to vote next month to institute a Net Profit-Sharing Tax on businesses in the City of Jenkins. The vote will be taken at the January meeting of the Jenkins City Council. At Monday’s council meeting, City Attorney Randall Tackett conducted the first reading of the tax ordinance. Tackett said profits will be measured […]

Justice Wright is seeking another term

Santa will stop in city Dec. 11

Santa Claus will make an early visit to Whitesburg City Hall on Wednesday, December 11, from 2 p.m. until 4:30 p.m. Whitesburg Mayor James Wiley Craft said parents are welcome to bring their children by to share drinks and cookie with Santa during the 2-1/2-hours he is in town. 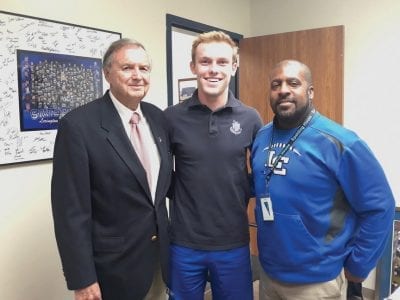 Beau Allen can succeed for UK in SEC

Before his team played Lexington Catholic this season Frederick Douglas coach Brian Landis watched eight game videos of Catholic quarterback Beau Allen. He was impressed then, but even more impressed after his team beat Catholic 42-31. “Beau was as good as advertised. I was more impressed with each game I saw him play and then against us he showed his […] 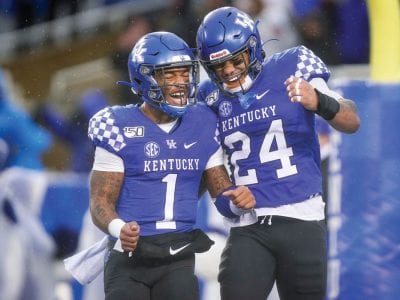 Moments before he spoke to the media after Kentucky’s 45-13 win over rival Louisville last Saturday, Lynn Bowden Jr., hugged Kentucky offensive coordinator Eddie Gran in a show of gratitude and appreciation. Gran is used to embraces from his players but this one was special, and it came after the Wildcats rushed for a school-record 517 yards rushing, shattering the […]

There are many anglers that like to use live bait instead of artificial bait most of the year. And there is nothing wrong with this. Live bait can really turn some types of fish on a feeding spree at times. Fish like bass, smallmouth and largemouth, crappie, walleye and even musky all love live bait. Most anglers refer to live […]

Well, we have come once again to the end of the road for 2019. I want to do this Struttin’ Time, on a lifetime friend, and a one-time neighbor, Riley Caudill of Dry Fork. First let me say, there is none better than Riley and his family. A quiet, unassuming man, who tries to make the right move every time. […]

Should NFL give Bowden a try at QB?

Most University of Kentucky football fans are assuming junior Lynn Bowden will be playing in the NFL next year and I even read a story Monday suggesting that Bowden would be a great pick for the Pittsburgh Steelers, who already have former UK stars Benny Snell and Bud Dupree. Bowden has gone 5-2 as a starting quarterback since being switched […]