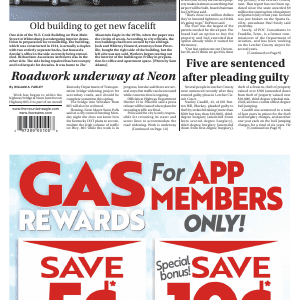 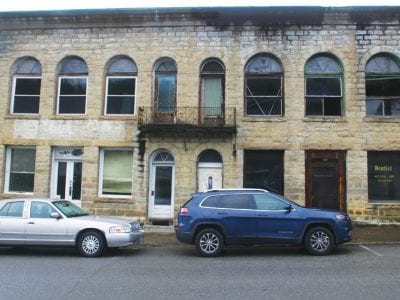 Old building to get new facelift

One side of the W.E. Cook Building on West Main Street in Whitesburg is undergoing interior demolition in preparation for remodeling. The building, which was constructed in 1914, is actually a duplex with two entirely separate backs, last housed a dentist’s office in the side currently being remodeled. Richardson Associates Architects was in the other side. The side being repaired […]

Money for land purchase is big step for new airport

Work toward a new airport for Letcher County has taken a giant step forward with the purchase of about 600 acres to add to the 75 the airport board already owns. While there are some outlying tracts still to be purchased and the airport may still be years away, the investment by the state of Kentucky of $615,000 to buy […]

Repairs are underway at Neon Junction

Work has begun to widen the highway bridge at Neon Junction on Highway 805. It is part of an overall Kentucky Department of Transportation bridge widening project for secondary roads, and should be complete sometime this spring. The bridge into Whitaker from 805 will also be widened. Fleming-Neon Mayor Susie Polis said at a city council meeting Monday night she […]

Five are sentenced after pleading guilty 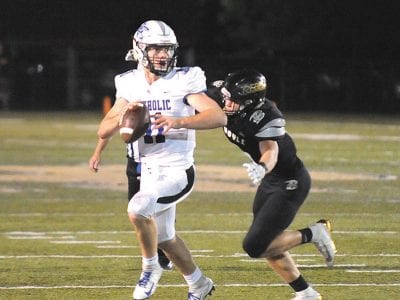 If you are looking for another reason to be excited about Lexington Catholic quarterback Beau Allen being part of UK’s 2020 signing class, let recruiting director Vince Marrow give you one. Allen, a top 500 player in the 247Sports rankings and the No. 19 pro-style quarterback, gave his blessing for UK coaches to pursue Auburn transfer Joey Gatewood — the […]

Most all the lakes in our region are at or close to the winter pool, which means the lakes have been drawn down to allow for rain and snow melt to have somewhere to go instead of causing flooding. This is often a time Fish and Wildlife workers will use to install new fish attractors or work and repair existing […]

Struttin’ Time: Things can’t stay the way they are, can they?

I don’t know if Ben Gish, The Mountain Eagle editor, or myself was more shocked to learn that many of our readers are not hunters or fisherman. I think of that often, and am glad we appeal to a cross-section of the people from our area. I want to go into something this week that gives me pause and makes […] 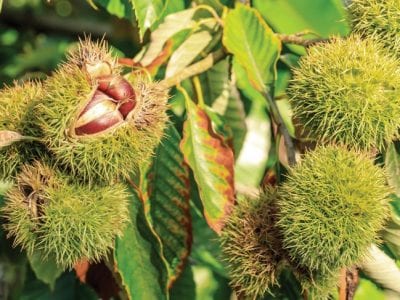 He wants to gather Chinese chestnuts, but your tree’s safe

By the time I was five or six years old and big enough to climb it, there was a young, fruiting, Chinese chestnut tree that grew just a few feet behind the porch in the backyard directly behind our house. My grandfather, Mose “Pap” Adams, had planted it and a nearby sibling as seedlings in the mid 1940s. The tree, […]

Hello everyone! It is hard to believe that January is half gone already. At least we haven’t seen a lot of bad weather. What am I saying? Winter has actually just started. Friday and Saturday the Ohio Valley area was predicted for severe weather, lots of rain on Friday night then winds could reach up to 60 miles per hour. […]