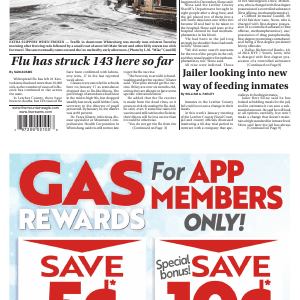 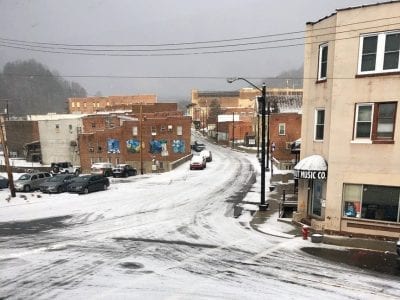 Flu has struck 143 here so far

Widespread flu has left 21 Kentuckians dead and more than 10,000 sick, as the number of cases of influenza has continued to rise across the state. In Letcher County, there have been no deaths, but 143 cases of flu have been confirmed with laboratory tests, 17 in the last reported week alone. Classes were canceled in schools here on January […]

10 charged with having meth in Letcher Co. Jail

Nine men and one woman were indicted last week on charges of having methamphetamines inside the Letcher County Jail, following two investigations by the jail. The nine men are all charged with crimes that Jailer Bert Slone says occurred last April. The woman is charged in a separate incident that happened in December, Slone said. Slone said the Letcher County […]

Inmates in the Letcher County Jail could soon see a change in their meals. At this week’s January meeting of the Letcher County Fiscal Court, jail and county officials discussed instituting a 60-day trial period to contract with a company that specializes in feeding inmates. Jailer Bert Slone said he has looked at bidding meals for the jail, and he […] 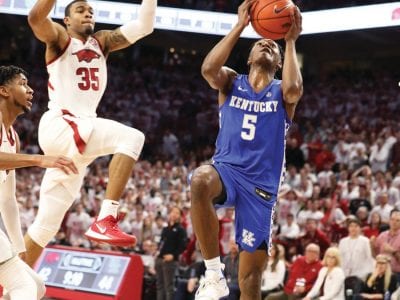 After playing a receiver at quarterback for eight games in 2019, it seems almost ludicrous to wonder if the Kentucky offense can be as productive in 2020 when the Cats figure to have a traditional quarterback — hopefully 2018 starter Terry Wilson who led UK to 10 wins before getting hurt in the second game last year. “That’s a great […]

The Letcher County Central Lady Cougars won two games and lost one over the past week to improve their season record to 14 wins and six losses. They have also won five of six 14th Region games. The Lady Cougars’ latest was a 63 to 56 win over Central High School of Norton, Virginia on Monday night. (Game statistics weren’t […]

Close but no cigar pretty much sums up the result of recent games played by the Letcher County Central Cougars. This past Saturday’s 60 to 52 overtime loss at Floyd Central marked the third time in four games the Cougars (3-12) nearly pulled out their fourth win of the season. The latest heartbreaking loss for LCC comes after a 55 […]

The Jenkins Cavaliers remain winless this season after losing games last week to Phelps — 89 to 58 in the opening round of the Boys’ 15th Region All “A” Classic at Pikeville on January 15 — and to visiting Jackson City, 108 to 81. Payton Rose scored 24 points to lead the Cavaliers against Phelps. Jeremy Potter and Austin Johnson […]

With the cold and snow of this week, it’s hard to believe that just last week the weather was so warm and nice. It even got close to 70 degrees one day and was nice for several days in a row. This type of warming trend is what it takes this time of year to start a feeding spree for […]

Struttin’ Time: What has happened to all the grouse here?

Sometimes you just can’t help yourself and your mind takes you back to the days of your youth. As you already know, I had a joyful childhood and centered my life around hunting and fishing. We would hunt groundhogs, squirrels, rabbits, raccoons, and my favorite, grouse. We had a small patch of corn on the far north side of our […]