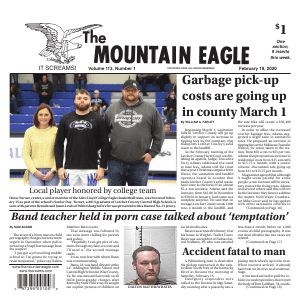 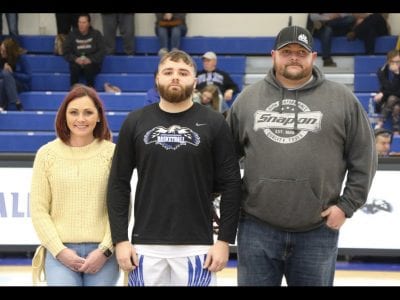 Dreac Turner, center, a senior member of the Alice Lloyd College Eagles basketball team, was honored February 15 as part of the school’s Senior Day. Turner, a 2015 graduate of Letcher County Central High School, is seen with parents Renada and Jason Lewis of Whitesburg before he was presented with a framed No. 21 jersey.

Garbage pick-up costs are going up in county March 1

Beginning March 1, sanitation bills in Letcher County will go up slightly to support an increase in tipping fees by the company that transports Letcher County’s solid waste to the landfill. As the February meeting of the Letcher County Fiscal Court was finishing its agenda, Judge/ Executive Terry Adams addressed the need to raise fees. Adams told the court that […] 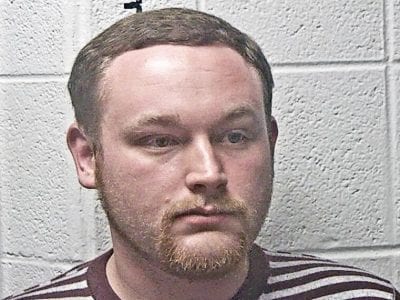 Suspect talked about ‘temptation’ and taking pictures of young students

The arrest of a Neon man on child pornography charges became more urgent in December when police turned up a SnapChat message from the suspect. “I just got a job teaching middle school so I’m gonna be trying to resist temptation,” police say Dalton Matthew Bates wrote. That message was followed by one even more chilling for parents and police. […]

A Whitesburg man is dead after his pickup overturned in the rain-swollen North Fork of the Kentucky River at Roxana the morning of Saturday, February 15. Emergency responders were called to the Roxana bridge Saturday morning after a passerby saw a pickup truck wheels up in the river. When rescuers arrived, it already had frost on its tires and undercarriage. […] 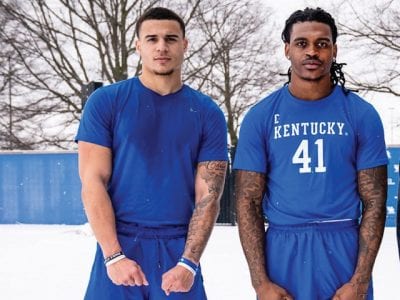 Auburn transfer says UK is ‘on a roll’

After Joey Gatewood decided he was leaving Auburn and put his name into the transfer portal, he got a call from Kentucky recruiting coordinator Vince Marrow urging him to make a visit to Kentucky. Gatewood, a four-star quarterback in Florida when he was a top 40 rated recruit nationally, had a good first visit to UK. His host was quarterback […]

The Letcher County Central Lady Cougars will face June Buchanan next Monday (Feb. 24) in the opening round of the girls’ 53rd District Basketball Tournament at Alice Lloyd College at Pippa Passes. LCC will meet the Lady Lions in the second game of the opening round. Tipoff is set for 7:30 p.m. The tourney’s first game will feature Knott County […]

Jenkins High School is hosting the boys’ 59th District Basketball Tournament, beginning at 8 p.m. next Monday (Feb. 24) when the Cavaliers meet Shelby Valley in the opening round at 8 p.m. Pikeville and East Ridge will meet the following night at 8 p.m. Winners of the first two games will meet on February 27 for the district title game […]

Letcher County Central defeated Jenkins last Wednesday, 91 to 52, to improve its season record to 5-18. The Cavaliers fell to 1-21. The Cougars and Cavs were scheduled to face each other again tonight (Wednesday) on Letcher Central’s home floor. Tipoff was set for 7:30 p.m. Payton Rose led Jenkins in the February 12 game with 22 points, followed by […]