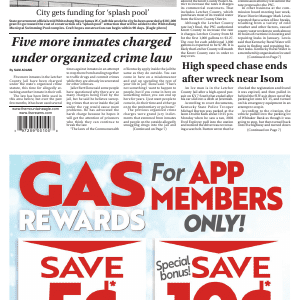 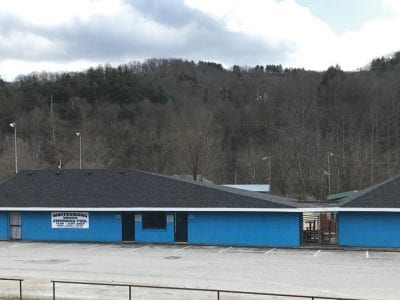 City gets funding for ‘splash pool’

State government officials told Whitesburg Mayor James W. Craft this week the city hs been awarded a $101,000 grant to go toward the cost of construction of a “splash pool” attraction that will be added to the Whitesburg Municpal Swimming Pool complex. Craft hopes construction can begin within 90 days. (Eagle photo) 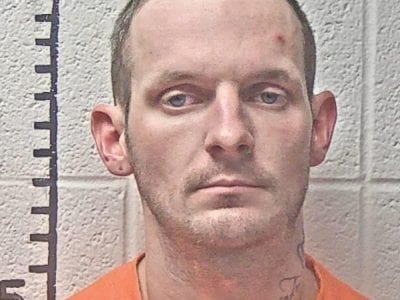 Five more inmates in the Letcher County Jail have been charged under the state’s organized crime statue, this time for allegedly attacking another inmate in their cell.

Board recommends amount for increase

Letcher County water rates will increase by about 78 cents for the first 2,000 gallons of water used, if the state Public Service Commission agrees. The increase comes after the PSC allowed the Knott County Water District to increase the rates it charges its commercial customers. That includes Letcher County, which purchases most of its treated water from the Knott […]

An Ice man is in the Letcher County Jail after a high-speed pursuit on KY 7 South that ended after his car slid into a ditch at Jeremiah. According to court documents, Kentucky State Police Trooper Michael Burton was parked at the Isom Double Kwik about 10:15 p.m. Monday when he saw a tan, 2002 Ford Explorer pull into the […] 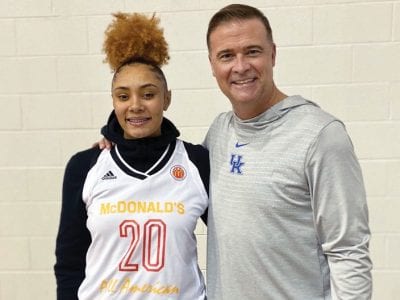 Guard could be real ‘Treasure’ for UK

She’s a top 10 national recruit and has participated in USA Basketball events. However, Kentucky signee Treasure Hunt always had one other dream. “My whole life I dreamed of making the McDonald’s All-American and Jordan Brand Classic,” she said. “Now that I have done it, it’s a bit unreal. I guess when I get to Chicago (for Jordan Brand) and […]

The Letcher County Central Lady Cougars defeated the June Buchanan School Monday night, 75 to 40, to advance to Thursday night’s final game of the 53rd District Tournament at Alice Lloyd College. The title game, which tips off at 7 p.m., will pit the Lady Cougars (21-10) against the Knott Central Lady Patriots, who advanced the finals of the four-team […]

After all the rain and snow we have had recently there was a lot of flooding of creeks rivers and lakes as muddy runoff caused all the waterways to come out of their banks. There is nothing during this time of year that will kill the fishing action faster than cold and high muddy water. And that is just what […]

Change is not always for the better

In normal times I would now be ready to head to Florida to open my spring turkey season. These are not normal times. After I hunted on the Water Melon Pond Plantation for the past 18 straight years, its owner, Miss Kate, has sold the plantation to the State of Florida, which has closed the land to do a survey […]

Letcher County Central High School defeated cross-county rival Jenkins 89 to 54 last week to wind up its regular season with a wonloss record of 6-19. The Cougars entered 53rd District Tournament play at Alice Lloyd College last night (Tuesday) against the Cordia Lions, a team that defeated Letcher Central twice before — in December and on February 13. The […]