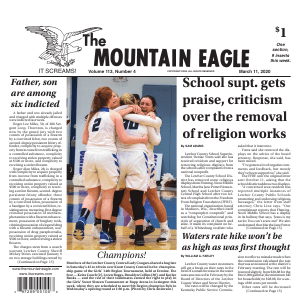 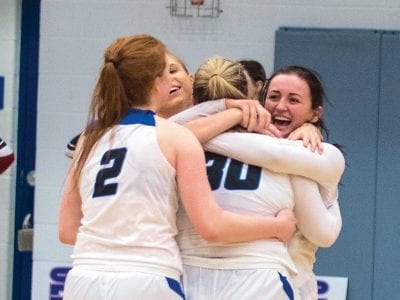 Members of the Letcher County Central Lady Cougars shared a hug late in Saturday’s 45 to 40 win over Knott County Central in the championship game of the Girls’ 14th Region Tournament, held at Ermine. The four — Keira Couch (2), Loren Boggs, Brooklyn Collins (30), and Kaylee Banks — and the rest of their teammates earned the right to […]

School supt. gets praise, criticism over the removal of religion works

Water rates to be cut some

Letcher County water customers will get a break on their rates in the form of a small decrease in the water rates announced in February by the Board of Directors of the Letcher County Water and Sewer District. The rates will be changed by the Kentucky Public Service Commis- sion to reflect a mistake made when the commission calculated the […]

Father, son are among six indicted

A father and son already jailed and charged with multiple offenses were indicted last week. Roger Lee Miles, 50, of 386 Sergent Loop, Thornton, is charged now by the grand jury with two counts of possession of a firearm by a convicted felon, two counts of second-degree persistent felony offender, complicity to acquire property from income from trafficking in a […] 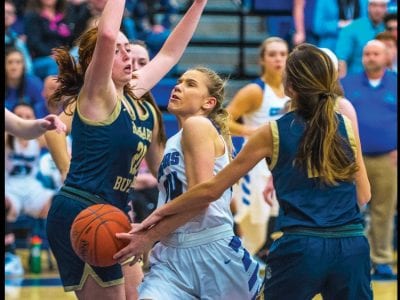 The road to Rupp Arena was not easy

Letcher Central’s road to this week’s Girls’ Sweet Sixteen Tournament at Rupp Arena in Lexington was often a rough one, especially as it wound it way through the 14th Region Tournament at Ermine. As these photographs of Lady Cougar players Loren Boggs (24, above) and Kaylee Banks (below) show, the region semifinal between the Lady Cougars and Hazard was not […]

He might be struggling with his shooting and turnovers. He might have even had confrontations with both coach John Calipari and teammate Nick Richards during UK’s loss to Tennessee that apparently led to him missing last week’s win at Florida. Yet one former Kentucky point guard still believes Ashton Hagans is the key to what success UK has or does […] 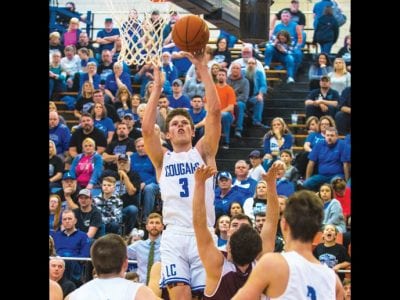 Letcher County Central’s strong finish to the 2019- 20 basketball season came to an end Saturday with the Cougars falling to region-power Hazard, 65 to 38, in the semifinals of the Boys’ 14th Region Tournament at Hindman. The win ended LCC’s season with a won-loss record of 9-20, while Hazard (28-5) moved into Tuesday night’s region final against Wolfe County […]

Over the past few weeks I have attempted to share with you how wild turkeys act during certain times called transition periods. We took one week off to talk about other things, but got back on track last week with transition period number four. If you are planning on hunting somewhere beside Kentucky (our season ends May 10) this next […]