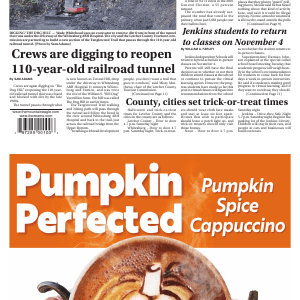 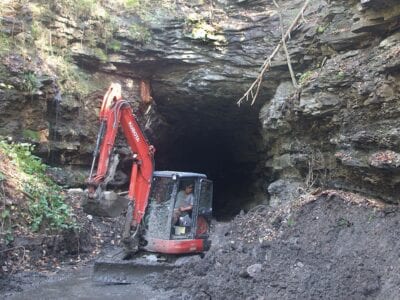 Crews are again digging on “The Dug Hill,” reopening the 110-year-old railroad tunnel that was closed and blocked with dirt by the late 1980s. The tunnel passes through what is now known as Tunnel Hill, deep under the driveway to Whitesburg ARH Hospital. It connects Whitesburg and Ermine, and was once the site of the William S. “Bill Dug” Vermillion […]

Over 4,200 have voted early in election that also includes Neon, Jenkins, W’burg races


With the election less than a week away, nearly half as many people in Letcher County have already voted as the total who voted in 2016. As of mid-day Tuesday, 4,222 people had cast their ballot either by paper absentee, or at early voting sites at the Letcher County Recreation Center and the Letcher County Clerk’s office, Clerk Winston Meade […]

Jenkins students to return to classes on November 4

Jenkins board votes to open classrooms


Jenkins Independent Schools will return to hybrid-schedule in-person classes on November 4. Parents will still have the final decision as to whether or not their children attend classes at the school or continue to pursue the virtual learning option. However, the progress students have made so far this year in virtual classes will figure into recommendations from the school as […]

Halloween and trick-or-treat times for Letcher County and the cities in the county are as follows: Letcher County – Door to door 4-7 p.m. Saturday night Whitesburg – Door to door 4-7 p.m. Saturday night. Trick-or-treaters should wear cloth face masks and stay at least six feet apart. Homes that wish to participate should leave a porch light on, and […] 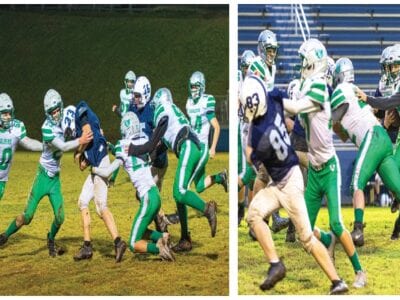 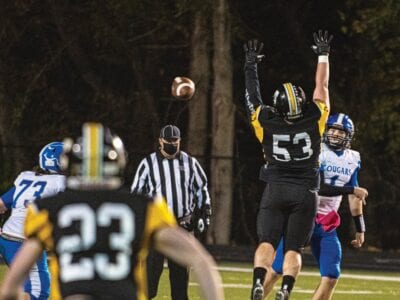 Letcher County Central fell to defending 4A state champion Johnson Central by a score of 62-0. It was the Cougars’ first loss of the year and a perfect storm of being rusty from not playing in three weeks due to COVID-19 regulations and having to face one of the best teams in the state. Johnson Central received the ball to […]

Who starts for UK Saturday?

Who will Kentucky start at quarterback against Georgia Saturday? The Cats opened as a 13-point underdog against Georgia after losing 20-10 at Missouri last week when the offense had no consistent punch and ran just 36 plays compared to 92 for Missouri. Former all-SEC running back Anthony White says the offense has more problems than whether Terry Wilson remains the […]

Three seasons at once; still no luck

Fall turkey season, with a shotgun, opened October 24 and closes October 30. Those are the same dates for hunting black bear, with archery and crossbow. And of course deer season, with archery, is also in now. I went back in my mind to just a few years ago when I had this notion to hunt for all three the […]

It’s time to pull out the crankbaits

It is fall and time for bass fishing on most lakes. During this time of year bass will move toward main lake areas and cover. As the water levels fall and the lakes turn over, schools of baitfish will move from shallow backwater areas to along bank areas and in and around main lake cover like boat docks, steep and […]