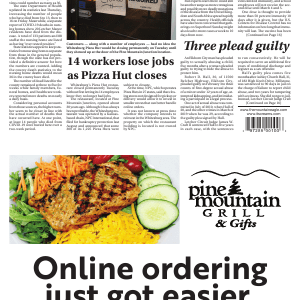 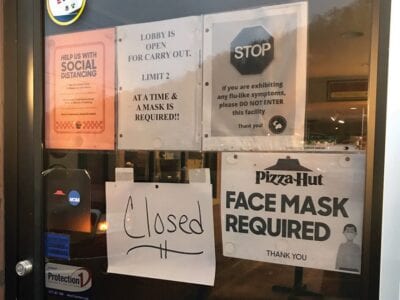 Whitesburg’s Pizza Hut restaurant closed permanently Tuesday without first letting its 14 employees know they no longer had jobs. The restaurant, located at Pine Mountain Junction, opened about 30 years ago. Although it has always been profitable, the Whitesburg restaurant was operated by a Kansasbased chain, NPC International, that filed for bankruptcy protection last August and announced that some 300 […]

Revised COVID-19 death statistics from the state combined with the number of deaths caused by the virus in the nursing home show the number dead in the county from the virus could number as many as 36. The state Department of Health updated its statistics last Thursday, increasing the number of people who have died from 6 to 13, then […] 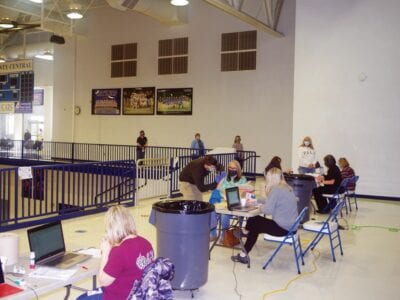 As the incidence of COVID-19 falls and vaccines roll out, Letcher County and Jenkins Independent Schools have announced a second attempt to reopen for a hybrid schedule, with some students attending classes in person and some attending virtual school. But experts warn there could still be another surge as more contagious and possibly more deadly mutations of the disease from […]

Georgia linebacker Trevin Wallace is the third highest-rated recruit Kentucky coach Mark Stoops has signed at Kentucky behind No. 1 Landon Young and No. 2 Matt Elam. The four-star prospect from Jesup (Ga.) Wayne County is rated as the No. 2 inside linebacker nationally by 247Sports and picked UK over Auburn, Florida State, South Carolina and Ole Miss. He is […]

The Letcher County Central Lady Cougars won two games and lost one last week, leaving them with seven wins and six losses on a season that still has a little left than one month remaining. The Lady Cougars defeated visiting Lawrence County last Wednesday, 71 to 54, before traveling to Cordia the next night to defeat the Lady Lions, 71 […]

We are taking a few weeks to remember some of my heroes, who have hunted with me. Today we remember my lifelong friend, Renfro Baker. I can’t remember the first time I met Renfro, must have been in 1970. He became a force to me in my life, both in the woods and out. Renfro and his mother were listeners […]

Fishing for crappie during winter

Some fish like the largemouth bass will not be as active in really cold water in the low 50’s. But some do not mind the cooler water and will stay active most of the winter, fish like trout, smallmouth bass, and the very popular crappie. I have fished most all of my life for crappie in several states. I have […] 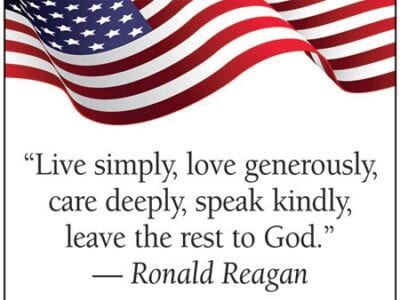 E-m@il address In addition to the telephone and the U.S. Mail, The Mountain Eagle accepts comments to Speak Your Piece by electronic mail. Our address is: mtneagle@bellsouth.net To the man in Jenkins who is threatening to burn me out and rob me and things of that nature: I want you to know my soundbox is in a DVR and that […]