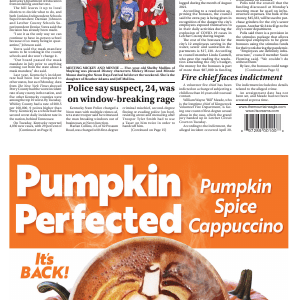 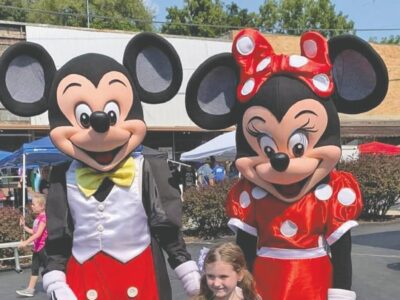 MEETING MICKEY AND MINNIE — Five-year-old Shelby Mullins of Mayking was pleased Disney characters Mickey Mouse and Minnie Mouse during the Neon Days Festival held over the weekend. She is the daughter of Heather Adams and Jeff Mullins.

Local school districts will continue requiring masks in schools to prevent COVID-19 spread after the state legislature voted to lift a statewide mask mandate and to prohibit Gov. Andy Beshear or the Kentucky Department of Education from installing another one. The bill leaves it up to local districts to decide what to do, and both Jenkins Independent Schools Superintendent Damian […]

City workers in Fleming-Neon will receive bonuses in pay for work they performed during the ongoing COVID-19 pandemic. At the September meeting of the Fleming-Neon City Council, council members unanimously approved giving city employees $10-per-hour bonuses for regular work hours they logged during the month of August 2021. According to a resolution approving the bonuses, the council said the extra […]

A volunteer fire chief has been indicted on a charge of subjecting a child less than 16 years old to sexual contact. Robert Wayne “Bill” Meade, who is the longtime chief of Kingscreek Volunteer Fire Department, is facing one count of first-degree sexual abuse in the case, which the grand jury handed up in Letcher Circuit Court on Tuesday. According […] 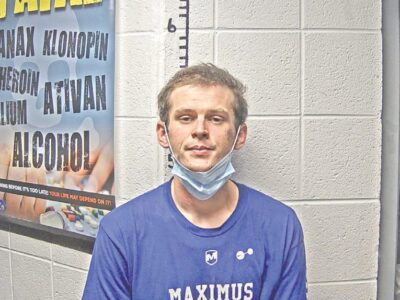 Kentucky State Police charged a Neon man with multiple crimes after a state trooper said he witnessed the man breaking windows out of businesses at Neon Junction. Harlan Collins, 24, of 62 Possum Road, was charged with first-degree criminal mischief, second-degree fleeing or evading police (on foot), resisting arrest and menacing after Trooper Tyler Smith had to use a Taser […] 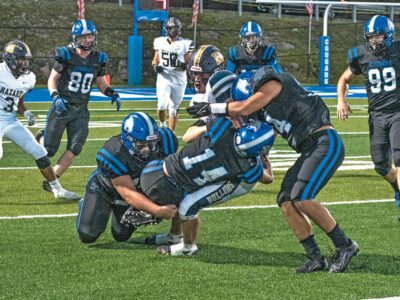 Cougars get break after crushing Bulldogs

The Letcher County Central Cougars are enjoying a well-deserved “bye” week after dominating the visiting Hazard Bulldogs in a 36-0 victory at Ermine last Friday. The Cougars resume play on September 4, when they host Perry County Central in their first district game of the year. Against the Bulldogs, LCC quarterback Carson Adams passed for three touchdowns to three different […]

Patience helps get a nine-pointer

The mornings have been beautiful recently. I love the handywork of God, don’t you? While my health might be failing, just as it is with hunting and fishing you will need to pry my fingers from this keyboard. Having done Struttin’ Time for what seems forever, my mind just goes to doing Struttin’ Time every week. After all these years, […]

The weather may have cooled down some but the big change to fall has not happened yet. This is a seasonal change not an overnight change. But when the season really does changes to mid-fall it will change a lot of the fish catching patterns that are working now. For now, just keep on doing what you have done all […]

Wan’Dale Robinson is ‘a big blessing’ for UK

Two games, two 100-yard receiving performances for Kentucky’s Wan’Dale Robinson — something that has not happened at UK since Jeff Badet did it in 2016. “He’s a UK legend in the making,” Badet posted on Twitter after Robinson had five catches for 101 yards and ran three times for 73 yards, including a 64-yard romp, in last week’s 35-28 win […]