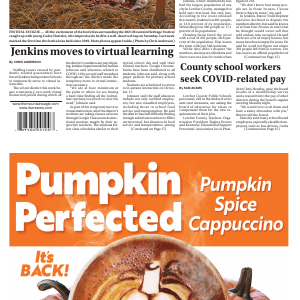 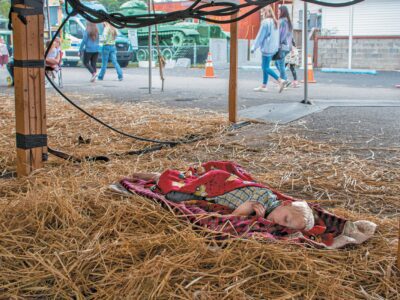 FESTIVAL FATIGUE — All the excitement of the festivities surrounding the 2021 Mountain Heritage Festival caught up with young Codey Hartzler, who improvised a bed for a well-deserved nap on Saturday. Last week marked the first time the festival was held since 2019. More photos appear inside. (Photo by Chris Anderson)

Population losses here appear to be between 13 & 29%

Census figures are dribbling out, and it seems the population here is dwindling down. The latest figures from the Census Bureau held a surprise for city mayors here. According to the count done last spring, the population of all cities in Letcher County and the county itself fell by 13 to 29 percent from 2010. Jenkins, which traditionally has had […]

Letcher County Public Schools personnel, still in the midst of strict anti-viral measures, are asking the board of education for raises to compensate them for the new requirements of their jobs. Letcher County Teachers Organization President Regina Brown and Kentucky Educational Support Personnel Association local President Chris Hensley, gave the board results of a membership survey and a research into […] 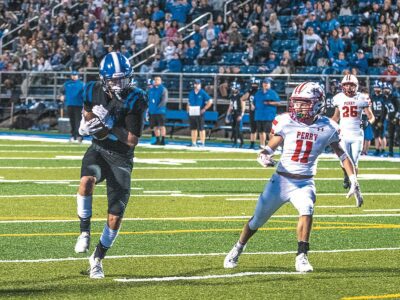 Commodores were no match for Cougars

Letcher County Central High School’s football team won its first district game of the season in convincing fashion over visiting Perry Central, 42-6. The Cougars offensive and defensive lines controlled both lines of scrimmage as LCC improved to 5-1 on the season. Letcher Central received the opening kickoff and wasted no time scoring. Quarterback Carson Adams gained 31-yards on a […]

Davion Mintz says last season was an “extremely crazy time” not only for Kentucky basketball but almost every team. That’s a big reason Mintz decided to stay in college for a sixth season and come back to UK for a second senior year. “Having a fan base like UK can change a lot of things. Having that support behind you […]

Since I promised last not to do anything as foolish again as forgetting to mention the beginning of deer archery season earlier this month, I will start off this week by telling everyone black bear season is now open. However, be sure to check the regulations before hunting, as you could end up with the Department of Fish and Wildlife […]

Look for crappie under wood cover

With fall here it is time to get into some of the best crappie fishing of the year. When the water is hot in the summer and the oxygen levels are low in the shallow water most fish like the crappie will move to deeper cooler water. And this means fishing deeper water and deeper cover and even night fishing […] 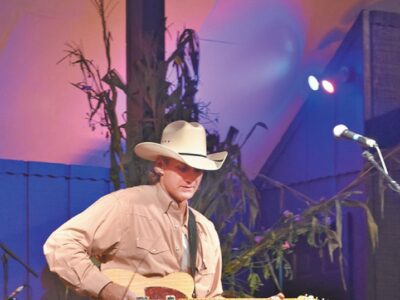